How to stop and prevent cyberbullying?

Why has Pakistan Hockey deteriorated?

How can Pakistan afford to reduce Petroleum Product Prices? 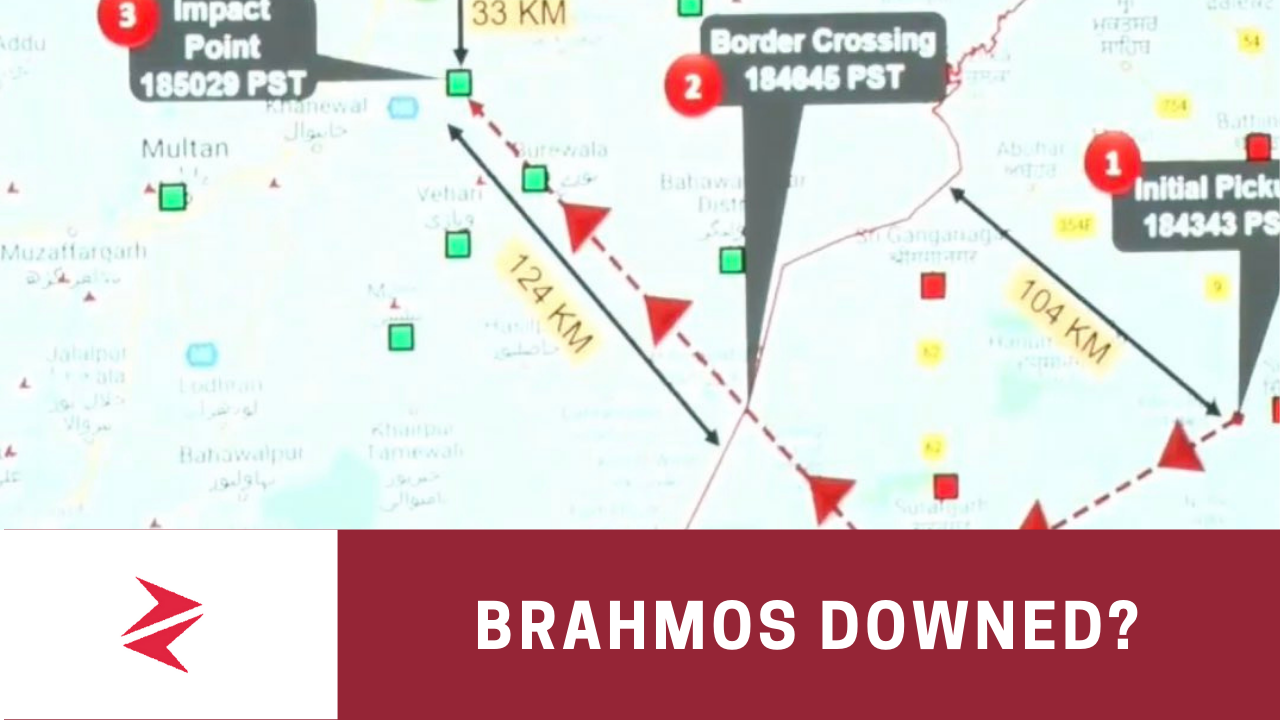 Eighty terrorists are killed in the past week following the third anniversary of the 27th February incident. And now, this time, they sent in a nuclear-capable missile in an apocalyptic gamble to test our Air Defense capabilities, military response, and the political & military will to confront India. DG ISPR did not claim to have been targeted, they are taking it as a test/trial launch gone awry.

In my opinion, a first-strike system coming 100 km into Pakistan represents a threat. No earlier than a week ago, the Indian Navy successfully test-fired an advanced version of the Brahmos supersonic cruise missile from a stealth destroyer in the Indian Ocean, BrahMos missile flies at a speed of 2.8 Mach or almost three times the speed of sound.

This incident of a missile crash in Pakistan has created a lot of controversy with many opinions on the subject. After detailed research, this is what I have found out.

Now let’s start from the launch pad. It was launched from Sirsa district western region of Haryana, India. Interestingly from an Indian Air Force base under Western Air Command. Sirsa Air force base is one of the most critical forward bases. It is home to 15 Squadron of IAF with IAF Su-30MKI at the base.

India never test-fires its missiles from the North, all the tests have been conducted in the Bay of Bengal why would India test fire empty Brahmos from the North. Even if they were testing a New variant of Brahmos they would have fired it in Chandipur and not Sirsa. India only tests Brahmos in Andaman and Nicobar islands, there’s no way India tests in populated states like Punjab and Haryana.

Now let’s compare the length, speed, structure of the crashed missile with coming to BrahMos NG.

The description so far matches that of the BrahMos supersonic missile and the fact that there was no warhead means it was a test firing. Brahmos had software problems (shifting from inertial navigation, GPS, inbuilt mapping, AESA transition & solid fuel boost to ramjet) One test landed 50 KMs away from the target. Maybe BrahMos-NG has a sleeker up-gradation with a range of approx 300 KMs test flights 2022-24.

It is likely the test trial of BrahMos-NG (Next Generation) (mini version of BrahMos) from Sukhoi Su-30MKI went wrong. That means it was air-launched, not surface-launched. Moreover, Brahmos NG is half of the size of the original Brahmos they now compare the size and structure of both. It’s a failure and the Test went wrong for the following reasons:

– Features match with BrahMos NG, Time of the test.

– BrahMos previously also faced navigation issues, and the guidance system was upgraded. Also Had failure in the final phase.

While multiple civilian airliners were also airborne with flight paths crossing the missile trajectory. This attack posed a serious threat to civil aviation, could have hit the Passenger Plan of Qatar airways, Saudi Airways, Indian airlines traveling at that time in those areas. At the same route was PAK Air Force aircraft HAMZA13 outbound from PAF base with an invalid transponder code was airborne during BrahMos supersonic cruise missile intrusion by India.

Last week IAF recently postponed the largest exercise probably due to the failure of these missiles. There might be other perspectives as well because this unfolded at every critical time recently an Indian navy submarine was detected in Pakistan’s EZZ and forced to surface. Plus, the Direction of the missile was towards a sensitive installment. This could be a readiness test at the expense of 20 crore Indian Rupees.

This is an extremely dangerous incident in which India deliberately fire its missile inside Pakistan probably to test Pakistan’s nuclear Response time and strategy and to apply its first attack doctrine. To hide the embarrassment, the army is trivializing it as a test gone wrong. It made an impact 124 inside Pakistan. So what the hell your air defense was doing at that time? Why does our air defence fail to intercept the Missile? What was the HQ 09 defense were doing at that time? According to former veteran of the Afghan war,

Brahmos can launch nuclear warheads from land, air, water, and underwater India completed its nuclear triad when Brahmos was test-fired from a Sukhoi-30 fighter aircraft. After the inclusion of India in MTCR it is most probable that the range of Brahmos will be increased. Even if the Indian surface-to-surface missile test went wrong (as being said from seeing its deflection from projectile discourse), here are some questions to ask:

Pakistan can’t have it both ways-claiming they’ve been targeted by Brahmos but also let’s wait for India’s answers. This misfire needed a far more serious response. Instead of just brushing it under the carpet, as it seems to be happening. Also, this test went awry but Pakistan didn’t take any remedial action? PAF claims they tracked it up to 40,000ft, that’s the cruising altitude of airliners and they didn’t close the airspace down even temporarily? Rogue missiles crossing borders aren’t something to sweep away. If it is a KH 31 air-launched Cruise missile then it must be launched from an aircraft. It could be a Sukhoi Su-30mki or in MIG 29 UPG. But the Pakistani administration has never mentioned that they have detected an aircraft as well.

They don’t fire or test Brahmos on the west coast of India, the eastern sector (I don’t think so Indian Army even do missile tests near Sirsa. It’s usually Chandipur or Kalam Island.) is dedicated to that. Unless it was a warning shot for some misadventure for the upcoming Elections for Modi in about 1 and a half years’ time. We will never know. But in both cases. It is a serious violation of international borders, a major threat for civil aviation and the civilian population. This endangered security of civil aviation could have resulted in a major disaster. Why Indian military is still silent over the issue? Why there are no swift answers? For this India should answer and be held accountable.

It is for them to explain.DG ISPR 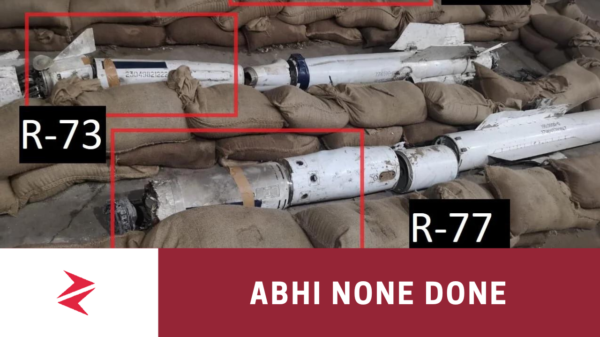 Whenever Indian media talks about Mig 21 and Abhinandhan, they never forget to remind about he downed F-16 etc. Same remind me the Indian... 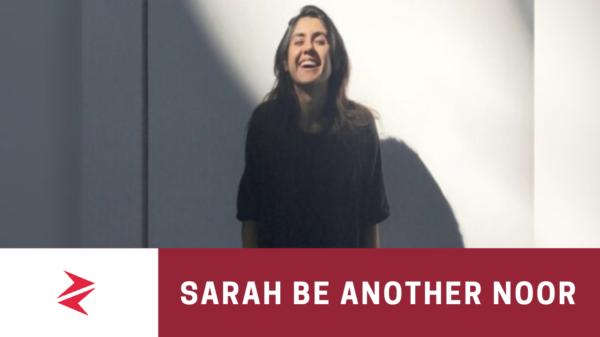 After the Noor Mukaddam-Zahir Jaffer episode, Islamabad has seen yet another high-profile murder of a woman in a case of domestic violence, with very... 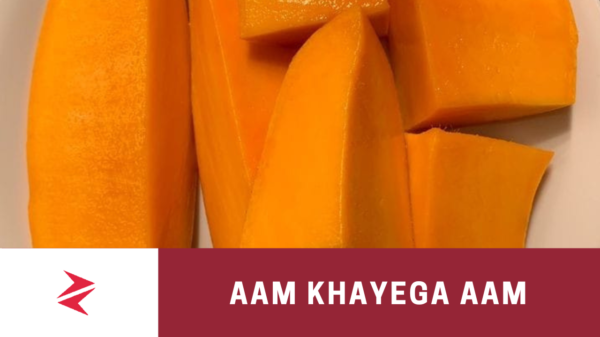 It is the start of July and by the mid of July, the undisputed King Fruit Mangoes most liked type White Chaunsa (also called...