How to identify flaws in the way of Startup Growth?

How Petrol Prices Are Set?

Harassment In The Pakistan Workplace Environment 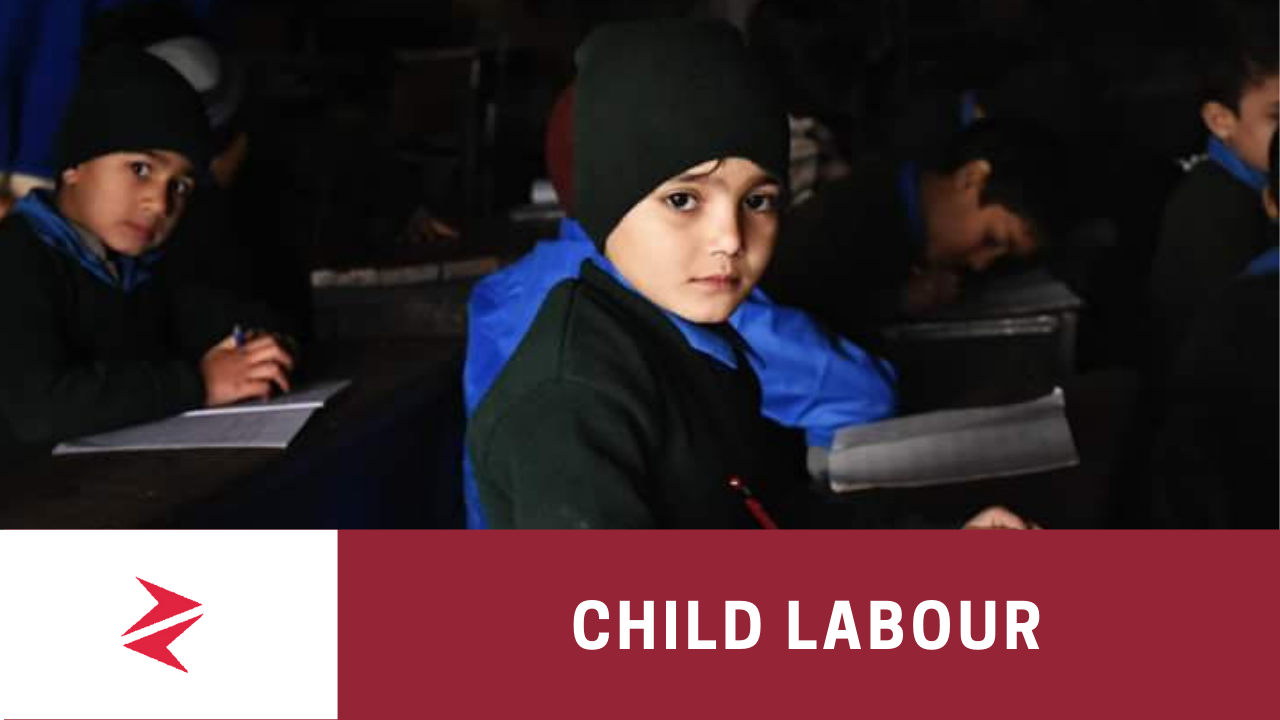 God has given human beings the boon of wisdom and discretion to think upon the signs of the universe and to draw conclusions. That is the reason why they disclose the hidden facts of it and its structure and have made remarkable progress in many walks of life. Children are the flowers of heaven. They are the most beautiful and purest creation of God. They are innocent both inwardly and outwardly. No doubt, they are the beauty of this world. Early in the morning when the children put on different kinds of clothes and begin to go to schools for the sake of knowledge, we feel a specific kind of joy through their innocence.

But there are also other children, those who cannot go to schools due to financial problems, they only watch others go to schools and can merely wish to seek knowledge. It is due to many hindrances and difficulties; desperate conditions that they face in life. Having been forced to kill their aspirations, dreams, and other wishes, they are pressed to earn a living for themselves and for their families. It is also a fact that there are many children who play a key role in sustaining the economic life of their family without which, their families would not be able to make ends meet. These are also part of our society who has forgotten the pleasures of their childhood. When a child in addition to getting an education, earns his livelihood, this act of earning a livelihood is called child labor. The concept of child Labor got much attention during the 1990s when European countries announced a ban on the goods of the less-developed countries because of child Labor.

What is Child Labor

1- When a child is working at an early age

2- He overworks or gives over time to Labor

3- He works due to the psychologically, socially, and materialistic pressure

4- He becomes ready to Labor on a very low pay

“Child Labor” is generally speaking work for children that harms them or exploits them in some way (physically, mentally, morally or blocking access to education), United Nations International Children’s Emergency Fund (UNICEF) defines “child” as anyone below the age of 18, and “child Labor” as some type of work performed by children below age 18. (UNICEF)

Child labor today represents the largest single cause of child abuse across the globe. Most of it takes place in economically less developed countries, and much is hidden. In a minority of instances, the effects of child labor may be neutral or even positive, such as helping out in a family-run shop during school holidays. In recent years therefore the emphasis has shifted from the abolition of all forms of child labor to the elimination of intolerable and hazardous child lab our.

Child Labor is an important and serious global issue through which all and sundry countries of the world are directly or indirectly affected, but, it is very common in Latin America, Africa, and Asia. According to some, in several Asian countries’ 1/10 of the manpower consists of child Labor. In India the number of children between the ages of 10-14 has crossed above 44 million, in Pakistan, this number is from 8 to 10 million, in Bangladesh 8-12 million, in Brazil 7 million, whereas it is 12 million in Nigeria.

In many societies like Pakistan, a significant number of children participate in economic activities and contribute substantially to household income. There is a wide range of economic activities performed by children aged 5-14 years. Some children may just help parents in housekeeping; some may sell newspapers or cigarettes in the streets, while some others may work in formal and informal establishments. So far, the extent of participation of these children has not been well-documented. Remember how Saga Sports Sialkot of Sufi Khursheed had a downfall in international orders for football? and how he asserted a Tetra Pak milk solution for its employees alongside JICA. Traditional household surveys and population censuses, the main sources of manpower statistics, usually set an age cut-off point of 15 years, below which participation in the labor force is not measured. Nevertheless, in the perspective of child labor; no detailed study on the basis of available data for the age group 10-14 has been done.

In Pakistan children aged 5-14 are above 40 million. During the last year, the Federal Bureau of Statistics released the results of its survey funded by ILO’s IPEC (International Program on the Elimination of Child Labour). The findings were that 3.8 million children age group of 5-14 years are working in Pakistan out of total 40 million children in this age group; fifty percent of these economically active children are in age group of 5 to 9 years. Even out of these 3.8 million economically active children, 2.7 million were claimed to be working in the agriculture sector. Two million and four hundred thousand (73%) of them were said to be boys.

During the years 2001 and 2002, the government of Pakistan carried out a series of consultations of tripartite partners and stakeholders (Labour Department, trade unions, employers, and NGOs) in all the provinces. The objective was to identify the occupations and the categories of work, which may be considered as hazardous under the provisions of ILO Convention 182. As a result of these deliberations, a national consensus list of occupations and categories of work was identified, which is given below:

There are an estimated 10 million child laborers. (SPARC, The State of Child Labour in South Asia, December 1999, citing Government of Pakistan/UNICEF, Discover the Working Child)


The Child Labour Survey in 1996 conducted by the Federal Bureau of Statistics for the Ministry of Labour, Manpower and Overseas Pakistanis, found 8.3% or 3.3 million of the 40 million children aged 5-14 years to be economically active practically on a full-time basis. These figures are considered to be under-estimated. (ILO-IPEC, Programme in Pakistan, 1998) 3,215,344 children are economically active, of which 2,374,830 are males, 840,514 are females. (ILO-IPEC, Combating Trafficking in Children for Labour Exploitation in the Mekong Sub-region, October 1998, citing Pakistan Federal Bureau of Statistics, Child Labour Survey, 1996)

Now we can easily imagine in the light of the above-mentioned facts and figures how the nation’s future namely children are deprived of pleasures of life, ignorance has reduced their abilities to think right or differentiating between right and wrong, as well as their life-chances, to their non-access to education. It is true that child Labor is not an isolated phenomenon.

Causes of Child Labour
Child labor today is an outcome of a multitude of socio-economic factors and has its roots in poverty, lack of opportunities, high rate of population growth, unemployment, uneven distribution of wealth and resources, outdated social customs and norms, and a plethora of other factors. According to the United Nations Development Program (UNDP), the daily income of 65.5% of people of Pakistan is below 2 U.S. dollars a day. According to the Asian Development Bank (ADB) report, 47 million people in Pakistan are leading lines below the line of poverty, whereas the Social Policy Development Centre (SDPC) Karachi has stated in one of its reports that the ratio of poverty in Pakistan was 33% during 1999 that increased in 2001 and reached 38%. The ratio of poverty in the current year is around 30%.

Consider the point that if 30% of our country’s total population is leading life below the poverty-line wherein the people are deprived of basic necessities of life like clothing, shelter, food, education, and medication, the children of these people will be forced to become Laborers or workers in order to survive. Another reason for Child Labor in Pakistan is that our people don’t have the security of social life. There is no aid plan or allowance for children in our country. The class-based education system is another reason for increasing child Labor; villages lack standardized education systems and as a result, child Labor is on increase in rural areas. The government has not put its laws into practice to stop child labor in our country. Employers after exploiting child Labor, extract a large surplus, whereas child Labor, despite increasing poverty, unemployment, and other problems, is pressed to do anything and everything for their livelihood and the survival of their families.

Child labor is a complex problem that demands a range of solutions. There is no better way to prevent child labor than to make education compulsory. The west understood this a long time ago. Laws were enacted very early to secure continued education for working children and now they have gone a step forward and required completion of at least the preliminary education of the child before he or she starts work.

Martin Luther as back far 1524 sent a letter to German Municipalities insisting it was their duty to provide schools, and the duty of parents to educate their children. In Sweden, a royal decree in 1723 instructed parents and guardians to diligently see to it that their children applied themselves to book reading. In Europe, one country after another; Scotland, Prussia (1817), Austria (1869), France, United Kingdom (1880), and Italy made education compulsory. In 1872, Japan became the first non-Western country to make elementary school education compulsory with the declaration by the Meiji Govt.

The present government in Pakistan has made elementary education compulsory and there is a national child labor committee as well. Along with this, the government has distributed free books in primary schools so that parents, who cannot afford their children’s school expenses, send their children to schools. The major point is that this decision must be acted upon at all levels. There is a strict need to stop child labor in this country. Awareness must be raised and the attention of parents ought to be diverted to the education of their children. Child Labour Laws should be put into practice strictly. In addition, the educational system of the country must be reshaped and restructured according to national development goals. The orphans and other deserving children must be helped financially on a prolonged basis. It is also essential to eliminate child labor from the country, that the political, economical, and social system of the country needs to be reshaped and such steps are taken that make child Labor in this country a crime. They should bring on the well-being of a layman, good governance, and end to exploitative thinking. If we succeed to act upon these principles, our country can easily get rid of this problem i.e. child Labor. The agreement that has recently been approved by Pakistan, Norway, and ILO to eradicate child Labor must be given importance and we hope that our rulers must put this agreement into practice using all means at their disposal.